James Fox represents individuals and their families who have been victims of personal injury, wrongful death, medical or nursing home malpractice and work-related injuries.

Now entering his 25th year of private practice, Fox has tried cases to verdict throughout the various state and federal courts in Missouri. A 1986 graduate of St. Louis University School of Law, Fox is one of the youngest lawyers to have been recognized with an AV rating by the Martindale Hubbell peer review rating service. An AV rating demonstrates that a lawyer has earned the highest rating available from his peers for his legal ability and professional ethics.

Fox began his legal career as an associate attorney to one of the largest workers’ compensation firms in Missouri. In 1990, he entered into a partnership with Ken Vuylsteke and has devoted his practice exclusively to the trial of civil and workers’ compensation cases. He has consistently won verdicts and awards and negotiated settlements for victims of personal tragedies. His partnership with Ken Vuylsteke has lasted more than 21 years, becoming one of the most respected personal injury/civil trial law firms in eastern Missouri.

In addition to his experience in the courtroom, Fox is actively involved in the legal community. He is currently a member of the Missouri Association of Trial Attorneys, the Bar Association of Metropolitan St. Louis, the American Association for Justice, and the Lawyers Association of St. Louis, where he has served on the Executive Committee.

Outside of his legal practice, Fox serves on the Board of Directors of Places for People, a St. Louis charitable organization dedicated to providing mental health services and support to people in need. 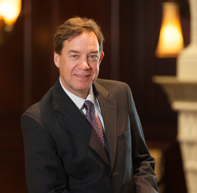